Chronology of Elizabeth I of England

enero 10, 2020
1533 Born in Greenwich Palace, shortly after the marriage of his parents: King Henry VIII and Anne Boleyn, his second wife. 1536 Enrique VIII orders to execute his mother, Ana Bolena, and declares Isabel a bastard daughter and without inheritance rights. 1543 Shortly before his sixth wedding (to Catherine Parr), Henry VIII revokes his declaration of bastardy. 1547 Death of Henry VIII, succeeded by his son Edward VI. 1549 Emerges unscathed from allegations of conspiracy with Thomas Seymour. 1553 Edward VI dies. Maria I succeeds him, after aborting the attempted usurpation of Juana Gray. 1554 Falsely accused of having supported Juana Gray, she is imprisoned for a few months in the Tower of London. 1558 Maria I. died. Elizabeth is crowned Queen of England. 1559 Promulgates the Act of Supremacy and the Act of Uniformity, edicts that reinforce Protestantism without outlawing Catholics. 1572 Francis Drake attacks Panama and seizes the shipment of Peruvian precious metals destined for Spain.
Publicar un comentario
Leer más

Biography of Elizabeth I of England 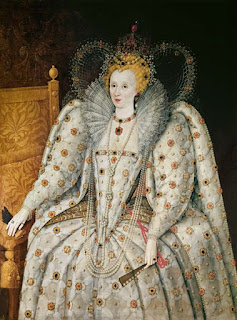 The reign of Elizabeth I of England, prototype of the authoritarian monarch of the Five Hundred, has a historical interest of the first magnitude because it was the foundation of the greatness of England and laid the foundations of the British preponderance in Europe, which would reach its zenith in the 18th centuries. and XIX. But the protagonist of this golden age, who we know by the name of "Elizabethan era", stands out before us for her no less unique private life, full of enigmas, dramatic moments, dangers and extravagances. Elizabeth I, sovereign of overwhelming character and talent, felt an almost pathological aversion to marriage and wanted to be remembered as the "Virgin Queen", although of her many virtues, virginity was the only one that was absolutely questionable. Elizabeth I of England After repudiating the first of his six wives, the devout Spanish Catherine of Aragon, in 1533 King Henry VIII of England married his mistress, the haughty and ambitious
Leer más